This method is what many people consider when they think of self-governance. We try to combine the best of three worlds: consensus, democracy and dictatorship (there are pros and cons to each). This way, we make good enough decisions that everyone agree to without getting stuck. Sounds impossible? You must try it to believe it. It's usually an eye opener.

We do things in the absence of reasons not to. This is not consensus! It is simply saying that the proposal is good enough for now and safe enough to try. You support it whole-heartedly. Show of hands: Thumbs up!

Also considered good enough for now and safe enough to try. Your concern is an opinion that the proposal isn't perfect or as you'd like, but it's not an objection and thus you won't stop it from becoming reality. You agree and let the proposal pass, with one or more concerns as an appendix (usually collected after the meeting by the logbook keeper to save valuable time).

An objection is basically a veto. The proposal is not considered “good enough for now or safe enough to try”, for whatever reason. When sharing an objection, motivate why and invite for questions. We don't go into argument whether an objection is an objection or not – if one person considers it's not good enough or safe enough, that's a gift to everyone. As frustrating as it might be, it is very likely to save us lots of time and resources in the long run.

When you object, you are asked by the facilitator to present an amendment to the team. The team can also co-create an amendment that would integrate more perspectives and make the decision better. Because that's the main purpose – it's not about being right, it's about doing the right thing. Right?

We don't argue whether an objection is an objection. But reality-checking whether it is an honest objection is never a bad thing. Invalid objections might be: You haven't read the proposal even though it has been clearly and timely communicated so you want to stop the whole decision-making process. Or you "don't like it" but can't motivate why it's not good enough or safe enough. Or you don't have any suggestions for how to move forward. In those cases, these should be considered as concerns, not objections. An objection always comes with accountability and responsibility for the wellbeing of everyone. It's a gift.

Valid objections could be: It's not good enough – you have a better suggestion or amendment. Or it's not safe enough – it will hurt our purpose or finances or otherwise. Perhaps someone else should make the decision, or it should be scrapped altogether. Or we might not have enough information in order to make a good enough and safe enough decision right now, so, we postpone the decision. Unsure if it's an objection or a concern? Object! When learning to practice self-governance, objecting is always better than concerning because it forces out the truth. It's a way of learning and quality testing an objection. At any time, you may pull back and change your vote, so there is no harm in doing so.

All agreements are considered "set in stone" – until we decide to change them. In practice, this means that when a decision has been made, all of us are responsible for honouring the decision and making sure it comes into fruition. If an objection pops up along the way, then we are invited to make a new decision.

This is an art and there are many ways of doing this. It's an iterative process where we pick the most promising option and repeat until resolved. The main objective to improve the proposal (not being right) so everyone's opinion counts. The meeting facilitator is responsible for making sure it happens. 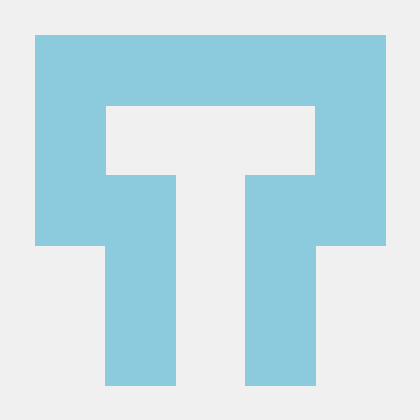